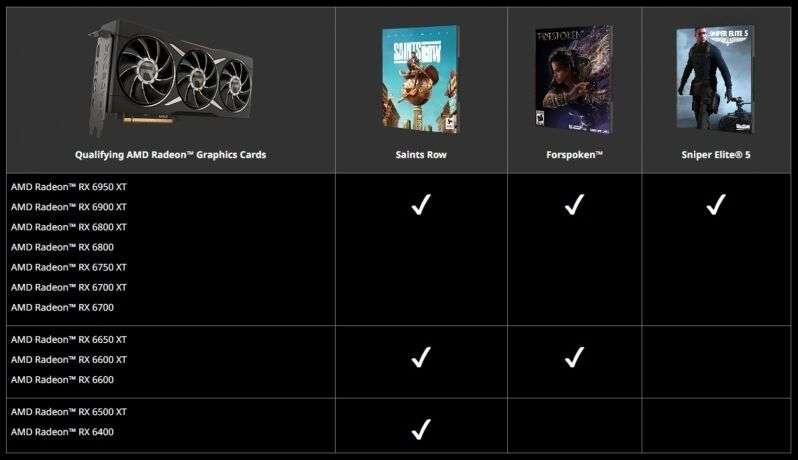 The highest tier of AMD 6000-series graphics cards, which includes everything from the 6700 to the 6950 XT, comes with Sniper Elite 5, as well as Forspoken and Saints Row, which is a total $170 USD value, providing a significant jumpstart to the gaming careers of all new AMD customers. This promotion is likely intended to offload the remaining 6000-series stock from AMD as the hardware company prepares to release the Radeon 7000-series of cards.